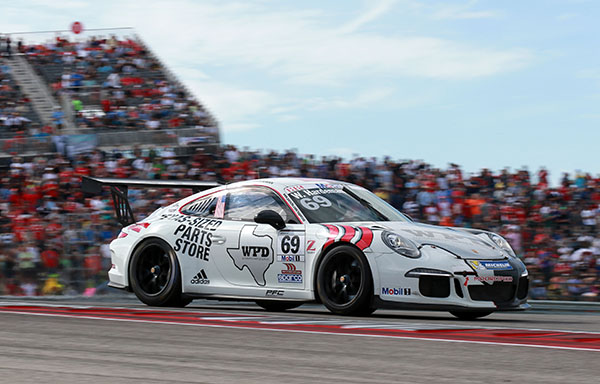 AUSTIN, Texas (October 23, 2016) – Moorespeed team drivers Alec Udell and Will Hardeman both finished in the top-10 Sunday in Race 2 of the Porsche Mobil 1 Supercup doubleheader at Circuit of The Americas (COTA) where Moorespeed and its drivers did Texas and the United States proud against the world’s best Porsche GT3 Cup competitors.

Udell and Hardeman originally finished seventh and 11th respectively in the race, but each driver was moved up a spot in the final results after the competitor that crossed the finish line just ahead of Udell was assessed a 30-second penalty for “causing an avoidable collision.”

“I am really proud of both the guys,” Moorespeed President David Moore said. “They did a good job today, they had good, clean starts, and both moved up significantly right at the get-go. No one really gave us a chance of getting inside the top-15 with either guy, but we got two guys in there and earned the top-10 finishes.”

Driving the No. 70 Euroworld Motorsports/Panther Pipeline Moorespeed Porsche GT3 Cup, Udell started today’s race from 12th on the grid while Hardeman rolled off from 16th in the No. 69 WPD/Moorespeed Porsche GT3 Cup. Both drivers made the most of the Supercup series signature standing start, with each moving up two spots on the first lap of the race. 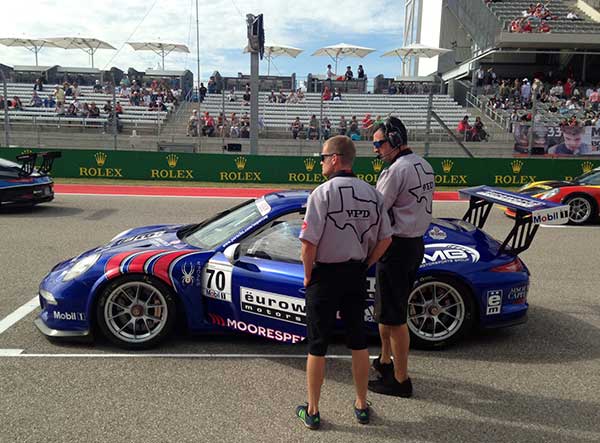 “Alec did a phenomenal job and had really good pace the whole race,” Moore said. “He was being smart, he had two guys in front of him that looked like they were going to take each other out and he kind of waited for them to do it. Miraculously, they didn’t take each other out but in the end one of them was assessed the 30-second penalty.”

“Will did a really good job, he had a good start, and was on leader pace early in the race,” Moore said. “He got warned for track limits and kind of settled it down and backed it off a little bit, but I am really proud of him. He truly earned that top-10 finish.”

“I am really proud that we represented the State of Texas and the United States so well with two top-10 finishes,” Moore said. “I think that people have a lot of respect for us now, and that’s all we wanted. We wanted to come here and be able to compete, not affect the championship negatively and actually add to it while bringing some Texas hospitality while we were at it.”