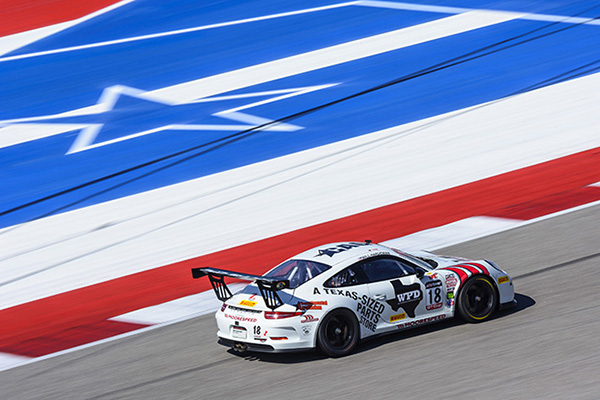 Moorespeed’s two-entry effort will carry the flag for both the United States and the State of Texas in the Porsche Mobil 1 Supercup doubleheader at COTA. Hardeman and Udell are the only U.S. drivers on the provisional entry list, and Moorespeed is the only U.S. team that regularly competes in top-tier American GT3 Cup racing entered in the race.

“I am stoked to be racing in Mobil 1 Porsche Supercup,” Hardeman said. “This is going to be a step up in competition from what we have in America. I’m looking for the opportunity to raise my game to the higher level of competition. These Supercup guys are some of the best young drivers in the world. If I can run comfortably with them, then I would be pretty happy with that.”

Moorespeed, Moorespeed President David Moore and Hardeman are based in Austin while Udell also calls Texas home. The Moorespeed race shop is located just minutes from the COTA front gate.

“It’s pretty cool because Alec is from Houston,” Moore said. “I am from Austin, Moorespeed is headquartered here and Will is a lifelong resident of Austin too. Will and Alec get along great, and I am really excited about it because it is going to be a genuine two-car team. It is not going to be two independent teams. We are going to be working as one unit.” 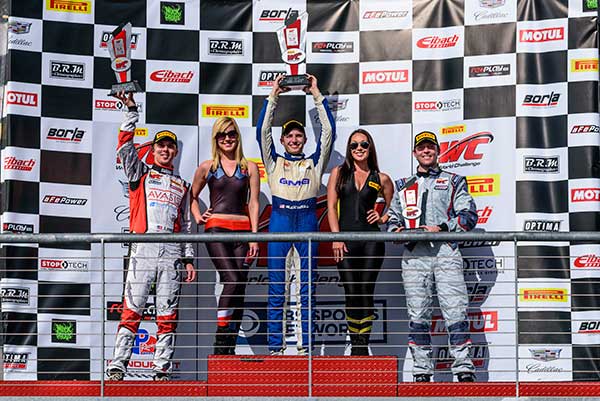 Hardeman makes his Supercup debut after scoring four-straight Porsche GT3 Cup podium finishes on his COTA home track this year. He finished third in both rounds of March’s Pirelli World Challenge GT3 Cup doubleheader and backed it up with two-more third-place showings last month in the IMSA GT3 Cup USA races at COTA.

“This really started a couple of year ago,” Moore said. “With COTA being our home track, we have always watched Supercup to learn the track for GT3 Cup USA because these guys are so damn fast. They are the best in the world, and the level of competition is just unbelievable.”

A strong end to Hardeman’s 2016 racing season with Moorespeed helped make the Supercup guest-entry invitation happen. Hardeman followed up the pair of podiums at the IMSA COTA race with a season-best second-place finish in Round 1 of the season-ending doubleheader at Road Atlanta two weeks later.

“Supercup has been a goal that Will and I discussed,” Moore said. “We reached out to Porsche before, probably a little bit prematurely, and then I back pedaled because we weren’t ready. I kind of put it on the back burner because we missed some races with Will this year, but we finished strong and had some inquiries from Porsche if we were still interested in Supercup, and here we are.”

“I have been watching Alec from afar for a while,” Moore said. “We raced against him in the Pirelli World Challenge weekend at COTA in March. Will took third but Alec took the win in the first race. He is young, he is hungry and he is going to engineering school to learn how he can help his racing.” 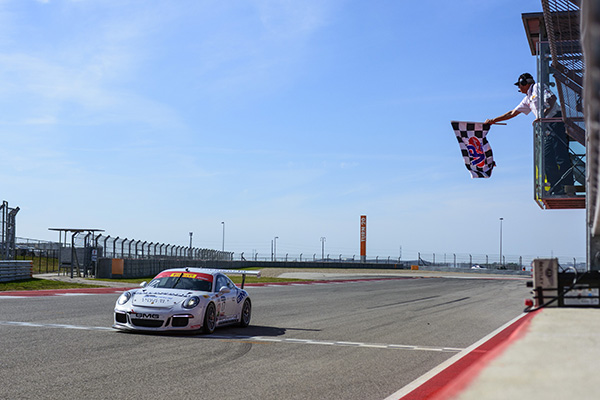 Like Moorespeed and Hardeman, Udell will be making his Supercup debut at COTA.

“I looked at the Supercup option last year and didn’t think at the time I was prepared for it,” Udell said. “After dominating like we did in Pirelli World Challenge this year, I kind of knew that Supercup would be the next step. I really know the Cup car right now, so I figured now was the time to make it happen.”

Racing with a familiar team on a more than familiar Texas race track should help Udell in his step up to Supercup.

“I have coached a little bit for David and of course know him and that he runs a wonderful program there in Austin,” Udell said. “Being a Texas native myself, it just makes sense to partner up with him and Will. I would definitely say that on the national level, Circuit of The Americas is my home track. I have a lot time on the track so I am excited to go back out there and show the boys from Europe what I can do.”

The Mobil 1 Porsche Supercup schedule at the Formula 1 United States Grand Prix gets underway with the weekend’s only practice session on Friday, October 21, at 4 p.m.