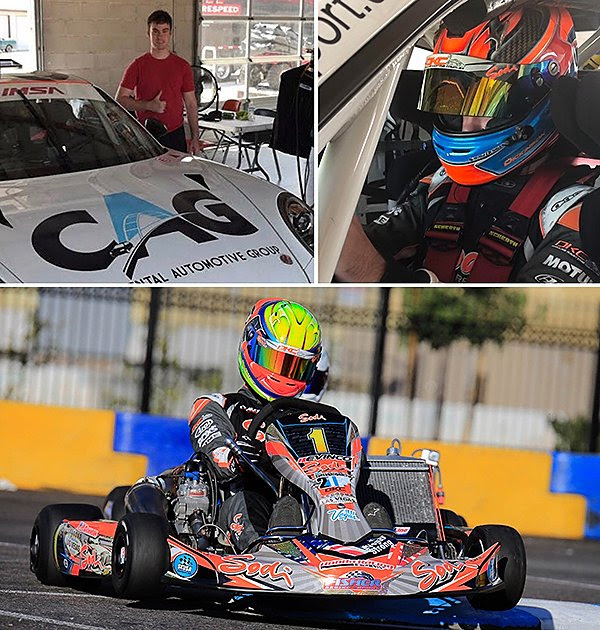 A resident of New Braunfels, Texas, Dickinson has been one of the top karting competitors in Texas and beyond in recent years and is generally regarded as one of the Lone Star State’s brightest prospects for future success in his move up to race cars.

“I could not be more excited to kick off the 2019 season with Moorespeed in the IMSA Porsche GT3 Cup Challenge USA by Yokohama,” Dickinson said. “Even though the season opener is still months away, my primary focus right now is all Porsche GT3 Cup related. I have an increased level of confidence driving the 911 Cup car after our first test, which went extremely well. I felt quickly at home and comfortable in the car. I also feel the team and I clicked really well that day. With that being said, there is still a lot of work to be done.”

Dickinson tested with Moorespeed for the first time this past August on the MSR Houston road course.

“Riley’s first time in a proper race car was in the No. 19 Moorespeed Porsche two days after the VIRginia International Raceway weekend,” Moore said. “He impressed us not just by his driving but his demeanor. He was comfortable and quick right out of the box. Needless to say, the team is highly motivated to help Riley achieve his goal to be a successful professional sports car racer and look forward to 2019.”

The move to GTD in 2019 comes after Hardeman’s successful ascension through Moorespeed’s driver development program the last four years, a process the team is now ready to tackle with Dickinson.

In 2017, Dickinson captured the SuperKarts USA Pro Tour S2 National Championship, winning half of the season’s races and scoring two more podium showings and a fourth-place finish to top a competitive field of 43 drivers.

The S2 category of the SKUSA Pro Tour, in which Dickinson captured the 2017 title, is one of the most competitive classes. It is strictly a shifter kart field, with the karts having six gears as opposed to a single speed kart. 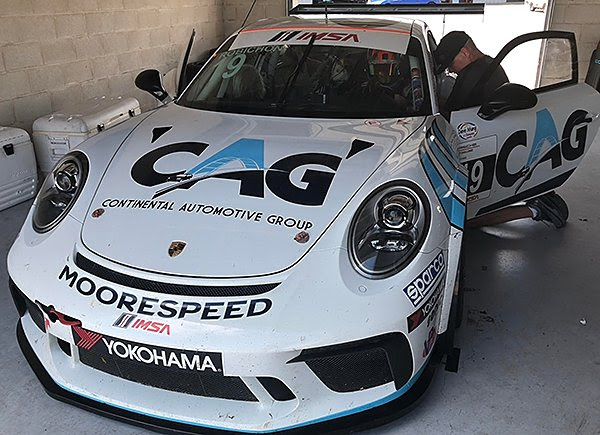 “I’m extremely confident that my experiences racing karts have prepared me for what’s to come, especially after seeing how it translates to the Cup car,” Dickinson said. “There have been so many invaluable things that I have picked up from karts that I know at some point I will be able to pull them out of my ‘toolbox’ and apply in certain situations.”

In addition to signing Dickinson for the 2019 Platinum Cup season, Moorespeed is actively pursuing a Platinum Cup Masters or Gold class competitor to run alongside and assist in the development of its new teenage race car driver.

“Next year’s plans are almost complete,” Moore said. “The driver pairing for our GTD program has yet to be announced, and we are still interviewing for one more driver either in Masters or Gold to team with Riley. We’d like someone quick, a contender, but also someone wanting to help mentor a really fine young man. There are a few interested, one in particular is a good friend. If the planets align right, it would be really cool and a lot of fun.”

Moorespeed and Robichon swept their first two doubleheaders together at Road America and VIR in August and picked up a fifth-straight race win at Sonoma Raceway. Next up for the team is the season-ending doubleheader during Petit Le Mans weekend at Road Atlanta, October 11 – 12.

– Moorespeed’s development programs in Radical Cup North America and IMSA Porsche GT3 Cup are still in full swing. “Riley is already training in karts, of course, but also in spec-Miatas with our development coach Derek Eastty,” Moore said. “Price Cobb is working with four drivers in our Radical Cup program and we have another youngster we are working with for 2020 too. Moorespeed driver coach Earl Bamber will be back as well to work with the team and continue to give us that extra edge.”
– Dickinson’s karting DNA matches up well with his new Moorespeed teammates. “I knew all was good during testing when I saw our crew chief Robin Hayes, who began his own career in karts in the early 1960s, flaring his nostrils with a wry smile at our test,” Moore said. “I know Robin well and know what that look means!”
Recent Posts
Categories