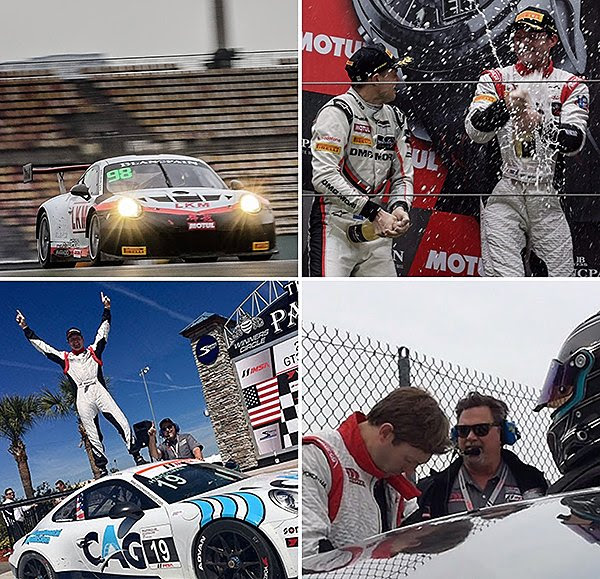 Veteran Porsche competitors, Moorespeed is among the first teams to order a 2019 Porsche 911 GT3 R. Initial plans calling for participation in the inaugural IMSA WeatherTech Sprint Cup season and the possible addition of a full-season campaign to also include the Michelin Endurance Cup events.

“I’m looking forward to our 2019 IMSA GTD effort,” Hardeman said. “Through the Moorespeed driver-development program, and the platform that Porsche GT3 cup offers, we are prepared to make a championship run in the GTD field. Right now, my focus is on getting ready for the 2019 IMSA season as we complete our roster and search for potential sponsors. We plan to leverage synergies with the existing Moorespeed Porsche GT3 cup program alongside our GTD effort.”

The move to IMSA GTD continues into a fifth year a successful partnership between Moorespeed and Hardeman, both based in Austin, Texas, and builds on several years of competing together in IMSA Porsche GT3 Cup Challenge USA by Yokohama.

“We are as pumped to be fielding the new Porsche 911 GT3 R in the IMSA WeatherTech Sprint Cup championship as we are competing with a driver we developed from scratch in our GT3 Cup program,” said Moorespeed President David Moore. “One of the most important goals we set when first coming back into professional racing five years ago was to be able to build the racing culture in our home in Austin, Texas and help young drivers. Our first to graduate from our junior team to our next step, IMSA GTD Sprint Cup, will be Will. We couldn’t be prouder of Will and what he has accomplished in only four years of racing. He will be teamed up with a top professional Porsche driver that will be announced in the near future, after 2018 contracts conclude, along with the rest of the team.”

Hardeman experienced top-tier Porsche GT3 competition this time last year as the first American driver to compete in the Blancpain GT Series Asia at the Shanghai International Circuit in China. Co-driving with longtime coach and Porsche factory driver, Earl Bamber, Hardeman finished second in the Pro/Am class and fourth overall in a Porsche 911 GT3 R in the weekend’s second and final race.

“We ran a Porsche GT3 R in Shanghai for a round of the 2017 Blancpain series and had much success there, ending up on the podium,” Hardeman said. “Since then, I knew to step up to a ride in the GT3 R machinery was my goal.”

Moorespeed and Robichon swept their first two doubleheader weekends together at Road America and VIRginia International Raceway last month and are looking to keep their perfect win record in tact in this weekend’s pair of 45-minute sprints at Sonoma Raceway.

“We have built our Porsche GT3 Cup program specifically to help develop drivers to a level where they can compete confidently on the world stage, which we feel IMSA offers currently,” Moore said. “One of the biggest factors in our move up was to find a more affordable step between the Porsche GT3 Cup championship and the big show. With the new IMSA Sprint Cup championship, we get that opportunity now. The decision to introduce the Sprint Cup Championship is the shot in the arm from IMSA we needed to make this happen.”

WPD/Moorespeed Race Team Tests at Circuit of the Americas