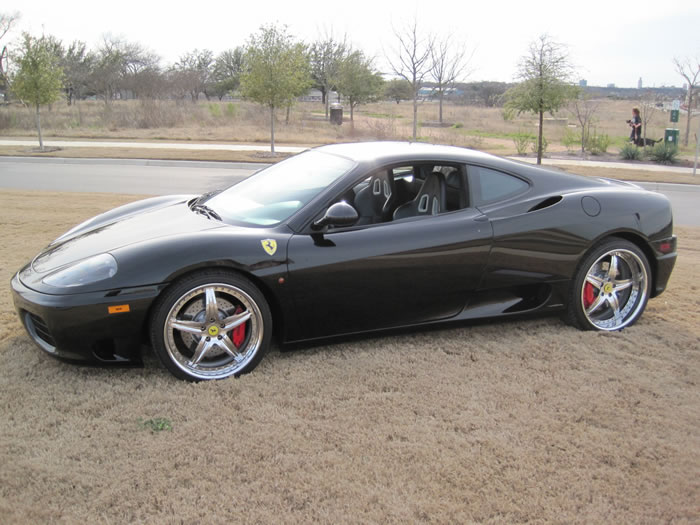 This is a very nice European 360 with clean title and registration with Emissions Legal compliance in the strict state of California.

It is equipped with a Larini Racing Muffler that has a tone and performance gain that sets this car apart from most all other 360’s and very fun to drive.  Not a garage queen perfect car but one that has been driven sparingly but kept up very nicely.

A complete new clutch system along with the 6-bolt from 3-bolt ring gear update campaign were installed a little over 1000 km ago.  The PIS value was set tight with the factory Ferrari SD2 computer we have in house so the shifting is quick and tight.

The car was replaced by a new California for the client and upon deciding to sell the car as it was not getting driven.  Prior to the decision to sell this car we installed new Cam Timing Belts along with new updated Hill Engineering Tensioner Bearings (the best) as well as new accessory belts.

The car is also equipped with a Battery Tender trickle charger you will note the controller behind the driver seat which goes with the car that you keep in your garage.  The “pig-tail” that connects to the charger is mounted to the main power harness tastefully and correctly at the main junction block behind the seat.