Posted at 19:47h in Moorespeed, Racing, Restoration by moore3

AUSTIN, Texas (December 24, 2016) – With dozens of rare and exotic sports cars and race cars always in-service or in-storage at Moorespeed, every day is pretty much Christmas day at the leading street-performance and race shop that is based in Austin, just minutes from Circuit of The Americas.

A stroll through the Moorespeed shop stops most visitors in their tracks more than once as a wide variety of Porsches, Ferraris and other notable sports cars and muscle cars are always on hand and in full view.

This holiday-season, however, one particular car in for some of Moorespeed’s signature specialized service has struck the fancy of not only customers but even Moorespeed’s experienced and highly-trained staff of technicians and mechanics.

A Saleen S7 turbo as red as Santa’s sleigh has been at Moorespeed the last few weeks, quickly becoming a universal favorite of anyone who lays eyes on it.

While the past and present ownership of the Saleen is a story that will be kept private, its very presence at the shop has let Moorespeed General Manager Price Cobb revisit a chapter from his accomplished racing career. 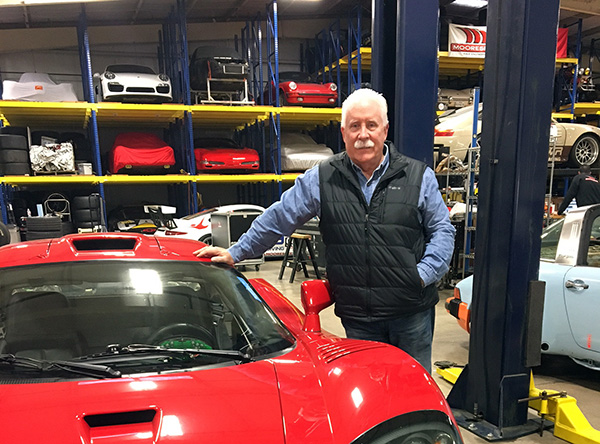 “This car has really taken me full circle,” Cobb said. “Years ago I had the opportunity to meet Steve Saleen who was, at the time, a typical up-and-coming racer. Although I’m not sure what he was driving prior to our first encounter, he purchased a 1976 March Formula Atlantic car I had been driving that year from Doug Shierson just after it won the final Atlantic race in October at Laguna Seca.”

Cobb went on in the following 15-plus years to have a highly-successful international sports car racing career, highlighted by co-driving to the overall win with TWR Jaguar in the 1990 24 Hours of Le Mans. The two fell out of touch, but Cobb was well aware from afar of the burgeoning business Saleen had later built manufacturing his own sports cars and high-performance-tuned Mustangs.

“Steve broke his legs prior to the 1995 World Challenge event at Sears Point and asked me to step in,” Cobb said. “We did well, which further solidified our relationship and led to an invite at Daytona and later to Le Mans in Saleen/Allen Mustangs.”

The Allen in this case was Tim Allen, the comedian and star of the “The Santa Clause” trio of Christmas movies.

“I loved racing the Saleen Mustangs, it was one of my last good runs, and soon after that I continued to wrap up my own career, only to see the S7 come on the scene and win several championships,” Cobb said. 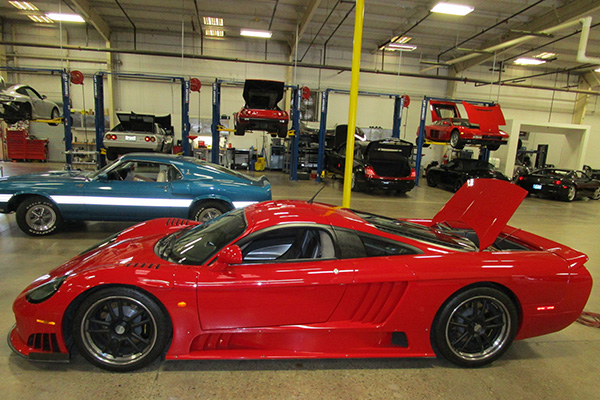 Now, more than 20 years later, Cobb and Moorespeed President David Moore were honored to have this particular S7 roll into the shop. The Saleen was purportedly the S7 Turbo Mule but looks more like a purebred race horse, even standing still.

“Wow, is this thing nice,” Cobb said. “I’d say that not only is it a delight to drive but a car that is probably the favorite here. I won’t guess as to why, but for me it is that I have history with Saleen, and I think it is one of those rare cars that is ‘greater than the sum of its parts’ in everything it does. A tip of the hat to the Saleen group and Steve himself. It really works!”